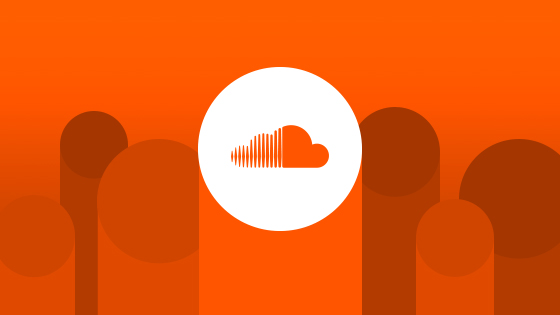 Do you love listening to music or audio tracks? If yes, then you would have heard about the SoundCloud. No, it is not like those music apps where you have to pay a premium or some price to listen to music. But it is an open platform for audio in all over the world. It is said to be the largest platform for the audio where you will find the song or music creators, curators, and the listeners also. There is a complete community where people keep adding different music and songs from different parts of the world. You will get to listen to a variety of songs or music on SoundCloud. The surprising fact is that it is not a very old music sharing platform, as the idea of SoundCloud came in the year 2007 only. Eric Wahlforss, a recording artist and Alexander Ljung, came with the idea od SoundCloud and it was designed by them only.

Most of the music apps which you download on your smartphone or the website where you hear the music, only allow you to listen to the music or song. But SoundCloud not just allows you to listen to music or songs but it also allows one to add their songs on the website. People can even add their complete song album on the SoundCloud. So far, SoundCloud is being used in around 190 countries. From the popular music tracks to its different versions, unplugged, etc, you get to hear all of them on SoundCloud. It has more than 190 million tracks available on it. It is popular among both listeners and creators in different countries.

How To Use SoundCloud

SoundCloud can be used easily, as it is available online. One can either open the website of SoundCloud on any of the web browsers and can create their account on it. Or they can download the application of SoundCloud from the App Store or Play Store and can install it on their smartphones. Once you have made an account on SoundCloud, you can start browsing the music or the audio you want to listen to. You can make a playlist of the songs that you like on the SoundCloud. SoundCloud does provide one with the facility of making a playlist of their own online only. You can even leave the comments or can appreciate the song by writing about them. Just like you leave the comments for the pictures you like on Instagram, in a similar way, you can comment on the SoundCloud too for different songs which you like. If you are a song or audio creator, you can also make use of the SoundCloud platform to upload your audio tracks which you have created by yourself. There can be the songs which you have sung or the songs with a remix or unplugged versions, etc.

Another interesting thing about SoundCloud is that you can search using different ways. Like you can search using song tags, singer name, playlist, song name, username who added the song, or group name. You will get different filtering options for searching on SoundCloud. As we mentioned above that it is also a kind of social networking site, so you can even join different audio groups for listening to the songs of your choice, you can even share songs of your choice with the members of the group. You can even encourage any budding singer on the group by sharing their songs.

Do not forget to add your information on SoundCloud. Just like you make your profile on Instagram or Facebook, SoundCloud also provides you space where you can share some information about yourself. You can add your profile picture also. And now, we do have an interesting feature on the SoundCloud, that you can share the link of the songs available on the SoundCloud on Instagram also. Now, what else do you need when you have such interesting features available on an open audio platform.

There are many reasons which we can give to you for using SoundCloud. Like you can use SoundCloud for sharing your own created and curated music. You can make customize playlists for listening to songs according to different moods and occasions. And the best one is that you can easily share songs with each other with the help of SoundCloud.